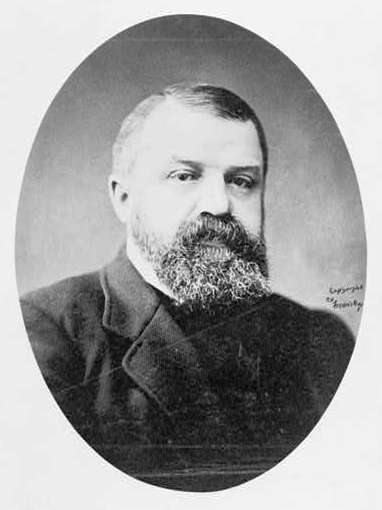 “ Let the wicked forsake his way, and the unrighteous man his thoughts: and let him return unto the Lord, and He will have mercy upon him; and to our God, for he will abundantly pardon.”  Isaiah 55:7

When I was in Switzerland many years ago, I learned some solemn lessons about the suddenness with which death may overtake us. I saw several places where land-slides had occurred, completely destroying whole villages; or where avalanches had swept down the mountain sides, leaving destruction in their wake. A terrible calamity happened in the year 1806 to a village, called Goldau, situated in a fertile valley at the foot of the Rossberg mountain. The season had been unusually wet, and this had made the crops all the more abundant.

Early one morning a young peasant, passing the cottage of an old man whom he knew, saw him sitting at the door in the full rays of the sun.

“Time we should have a fine day,” growled the old man; “ it has been wet enough lately.”.

“Have you heard the report.?” said the other.

“Those who were up the earliest this morning declare they saw the top of old Rossberg move.”

“ Indeed ! like enough,” said the old man. “Mark my words, and I have often said it before; I shan’t live to see it, but those who are now young will not live to be as old as I am before the top of yonder mountain lies at its foot. ”

“ I hope it will not be in my day,” said the young man; and he passed on, little thinking how near the prediction was to a fulfilment, and that the ripening fields of corn and the abundant clusters of luscious grapes would never be gathered; but so it was.

The springs of water in the mountain had been overcharged by the excessive rains, and these, in forcing their way to the surface and toward the valley below, had loosened the masses of rounded rock which had been cemented together by a kind of clay,  of which material the upper part of the mountain was formed. These huge masses at length gave way, and  fell headlong into the valley, burying the entire village and about eight hundred of its inhabitants beneath their weight.

But what became of the old man ? Alas ! he did not escape. He believed the mountain would fall, but he did not think the fall was so near. He was sitting in his cottage, composedly smoking his pipe, when the young Man came hastily back, and crying out:

“ The mountain is falling! ”

The old man composedly rose from his seat, looked out at his door, and saying:

“I shall have time to fill my pipe again,” went back into his house.

The young man was saved. The old man perished before he had left his cottage, it and its owner were crushed, and swept to the bottom of the valley.

… Those men were ushered into eternity because they did not give heed to the warning. I lift up the storm-signal now, and warn you to escape from the coming judgment !

… I throw the broken lantern at your feet now ! I beg you to take warning, make a clear work of sin, cost what it may. Take warning ! You must either give up sin, or give up the hope of heaven. Put yourself in the way of being blessed. Make up your mind now, that by the grace of God you will obtain the mastery.

“ Let the wicked forsake his way, and the unrighteous man his thoughts: and let him return unto the Lord, and He will have mercy upon him; and to our God, for he will abundantly pardon.”

Dwight Moody was a 19th century American evangelist who founded many Christian institutions that now bear his name, from publishing houses to a bible institute. I only discovered the colorfulness of his writing when I started doing reading for this project.

Here we have a vivid picture of a tragedy of a man who didn’t take an avalanche warning seriously. There’s a human element in that so many people perished.  Moody also ties it to a warning to get our affairs in order because of the unexpected nature of death. It can strike at any time.  His quotation of Isaiah 55:7 is especially sweet in this context: the Lord will have mercy on any of those who turn to him. You don’t have to be an especially good person before you can get in, because there’s an “abundant” pardon awaiting you.

Some of the words we will study on this blog have a direct relation to human sin and unfairness.  Avalanches are, to use the insurance industry phrase, “an act of God.” There’s not much you can do to stop one that’s underway. This story however shows that people knew, if only 90 years later, exactly what was the scientific cause of the landslide. There were vague early warnings and then a loud immediate warning, and still the old man had to refill his pipe.  In addition to the spiritual lesson, there’s a temporal one here about tempting fate.

PRAYER: Dear Lord, thank you that there is an abudance of pardons awaiting each and every one of us. Let us not get so interested in “disaster evangelism” as to let people know exactly how sweet and how free are the mercies that are available to people “just as they am.”  Let us also pray for the loss of life in this village of Goldau. We pray for the suffering and the loss of life, and hope that you would continue to bless those who survived.  Give us also a keen sense of awareness to the physical dangers awaiting in nature.  Let us find ways to get people out of danger, and bless the first responders who put themselves in harm’s way in these disasters. In Jesus’ name we pray, AMEN.

Purpose: a quote from Spurgeon

"… there are snags everywhere, or quicksand, or rocks, or shallows. He knows all about them. Rest. Trust. Wait. Commit your way unto the Lord. There is personal comfort in the fact that our salvation is of the Lord. And there is comfort, next, with regard to all our tried Brothers and Sisters. It is my lot -- my happy or unhappy lot -- to be continually consulted by Brothers and Sisters in great trouble. They think I can help them, though I cannot. I hardly know what to say to them. I can only take their burden with my own unto the Lord. I often feel great pain in sympathizing with trials which I cannot remove, but then it is cheering to know that the Lord can help where we cannot, for "the salvation of the righteous is of the Lord." He can help the helpless, the forlorn, the impoverished, the dying. He will bring His people safely through floods and fires. Their straits are very great and their burdens very heavy, but the Lord will put underneath them the everlasting arms. Pray for them; sympathize with them; help them as far as you can and then, when you cast yourself on your Lord, cast them, also!"
Charles Spurgeon
AT THE METROPOLITAN TABERNACLE, NEWINGTON. ON A THURSDAY EVENING. Spurgeon 1887

This project is in no way connected to Project Gutenberg, The Internet Archive, Christian Classics Ethereal Library, nor the Notepad++ project. This project, however, being one based on quickly reading large amounts of public domain Christian literature, makes use of all of these. I would encourage you to make donations to any of these projects. You may find your own links to these sites, or make use of any of these:
%d bloggers like this: